FIA Spanish F4 champion Franco Colapinto (ARG) will fly to New Zealand in January to contest the 2020 Castrol Toyota Racing Series (TRS) with Kiwi Motorsport, and the Bullet Athlete is looking to kick-start his second season in single-seater cars with success.

The 16-year old Argentinean karting champion stepped up to Formula 4 just two weeks after his 15th birthday and, after taking a win and two podiums in his debut Spanish F4 event, went on the secure the 2019 championship title by 98 points after standing on the top step of the podium eleven times.

During his first season out of karts, Colapinto also contested rounds of Euroformula Open and Formula Renault Eurocup, which he believes will be vital to success in the highly competitive Toyota Racing Series.

“2019 was a huge learning year for me,” he commented. “To come from Argentina to Europe was a dream come true and then to be given the opportunity to compete in three different series was incredible. I gave it my all to embrace all new opportunities and learn from mistakes as much as successes, and that’s what I plan to do in 2020.”

“To become the best, I need to be pushed to my limits rather than get comfortable in one car or series. I think that my 2019 season has prepared me well for Toyota Racing Series. I’ve watched it for a few years, and this is where heroes of the future are made.”

The Toyota Racing Series comprises five race weekends from 17 January to the 16 February and it will be the fourth year that Bullet Sports Management has attended. Ferdinand Habsburg, who now races in DTM, used the series as a winter training ground in 2015, 2016 and 2017, and fellow Bullet Athlete Rui Andrade has also entered this season in preparation for his summer of racing in Europe.

“Toyota Racing Series is not only a fantastic series in itself, but it also allows us to train our drivers in the winter months in preparation for racing in Europe in the summer. Yes, testing is useful but, at this age, I believe that you cannot substitute racing. These young and talented drivers need to be competing as much as possible – it’s as important to be race fit at the start of the season as it is to be physically fit.”

Colapinto, who collected his Spanish F4 Championship trophy at a star-studded event at the FIA last week, concluded:

“I’m eternally grateful for all of the people who have put their faith in me. If you’d told me this time last year that I’d be heading to New Zealand next month, I’d have fallen off my chair. I am committed to making sure I become the best I can be and delivering some solid results for Kiwi Motorsport.”

Kiwi Motorsport, which won the TRS championship in 2017 under the name Victory Motor Racing, also attended the FIA Prize Giving Ceremony with its Formula 4 United States Championship-winning driver and returns to New Zealand with sights set on another title.

The Toyota Racing Series starts on 17th January 2020 at Highlands Motorsport Park and further information can be found at: http://www.toyota.co.nz/racing/. 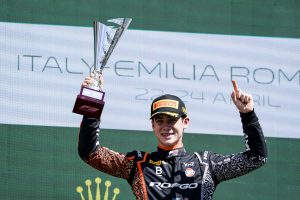 Franco Colapinto claimed his maiden FIA F3 win in only his second race weekend in the series. 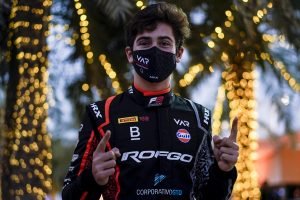 The 2022 FIA Formula 3 season commenced last weekend at the Bahrain International Circuit with Bullet Athlete Franco Colapinto on the grid. 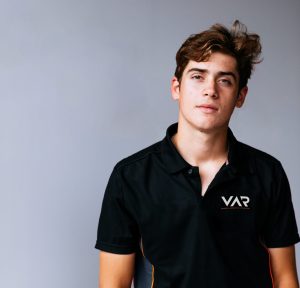